In an effort to provide guests with the best possible onboard experience, Virgin Voyages has partnered with Ryan Reynolds Aviation Gin. The spirit is designed specifically for air travel and will be available in all cabin bars on board ships from January 19th through April 18th. 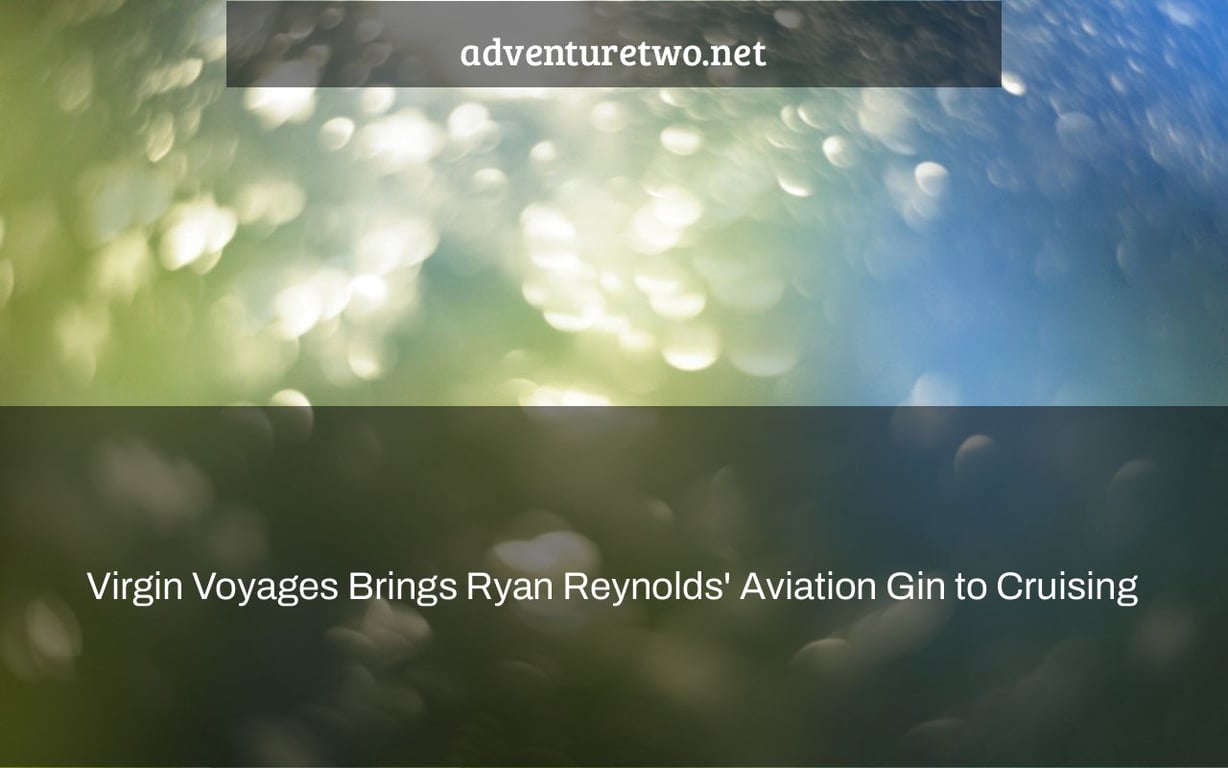 Aviation Gin is already available on Sir Richard Branson’s Virgin Atlantic, and now sailors on Virgin Voyages can anticipate it to be used in their favorite drinks.

Virgin has been busy announcing collaborations in recent months; nevertheless, the most recent announcement has to be one of the best. Aviation Gin will be one of the cruise line’s favored brands aboard, with some intriguing promotions and new drink lineups to be offered.

Aviation Gin was established in 2006 in Oregon, USA, and has been routinely regarded as one of the top gins in the world since then. After actor Ryan Reynolds bought a share in the company in 2018, the gin’s popularity skyrocketed.

“I can’t seem to get away from Ryan,” Sir Richard Branson, the founder of Virgin Group, said of the new alliance. He follows me around all the time. Fortunately, I adore Aviation Gin, so I was thrilled to be able to offer it to Virgin Voyages after their agreement with Virgin Atlantic.”

Reynolds has a reputation for making humorous commercials for the gin brand, and he delivers one again in a video featuring Sir Richard Branson, the guy behind Virgin Voyages. The two make a joke about all-adult ships that don’t let children onboard:

“My boyhood desire was to have a cameo part on ‘The Love Boat,’ opposite Vic Tayback,” Ryan Reynolds explains. Never in my wildest dreams did I foresee myself being successful enough to have my own gin brand get a regular spot on a ship this opulent and child-free. This kind of enchantment could only be conjured up by Richard Branson.”

Apart from the outstanding design elements, eateries, and lifestyle experiences aboard, Virgin travels is doing all possible to guarantee customers enjoy the finest possible bar experience.

To do this, the cruise company isn’t only working with Ryan Reynolds. Virgin Voyages has worked with several well-known mixologists from Bar Lab and the Cocktail Cartel onboard Scarlet Lady. 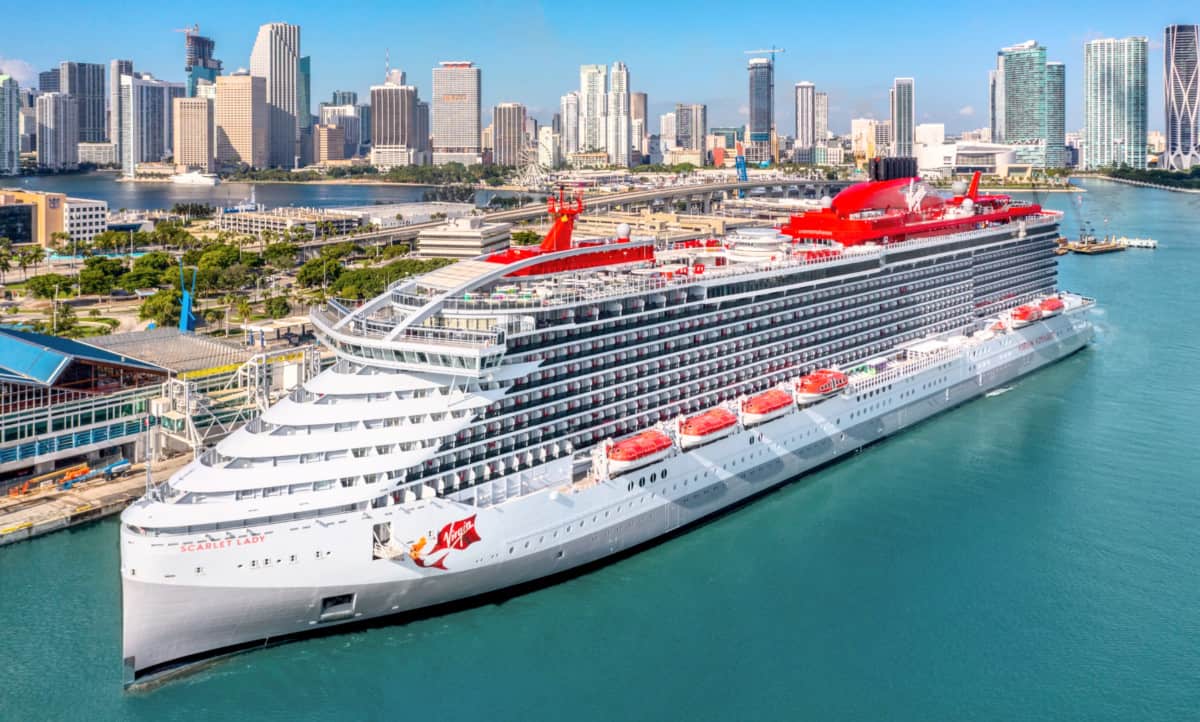 The vessel’s cocktails and beverages were created by global bartending champion Charles Joly, who is most known for being the go-to bartender at the Oscars and Emmy award ceremonies, and Julia Momose, the creator of Kumiko, the famed Japanese dining bar in Chicago.

It means that each trademark restaurant aboard Scarlet Lady has its own bar, complete with cocktails created just for that restaurant’s menu. Those seeking for Aviation Gin Cocktails can find a wide range of options, from SIP’s The Double Agent and Razzle Dazzle’s Electric Fizz to The Manor’s Stella’s Groove and Gunbae’s take on a traditional French 75 effervescent drink.

Scarlet Lady made her first voyage to the United Kingdom in October of last year. The cruise ship, which has a gross tonnage of 110.000, can accommodate 2770 passengers. She is now operating from her homeport of Miami, Florida on a series of 4- and 5-night trips.

Why did Reynolds Sell Aviation Gin?

A: Reynolds has been selling their aviation gin since 1866, but they announced in June of this year that they will be discontinuing the product. Reynolds cited a shift away from traditional alcohol consumption due to increasing focus on health and wellness as one of the reasons for eliminating their gin division alongside declining sales numbers and high production costs.

When did Ryan Reynolds get involved with Aviation Gin?