Dresden is a city in Saxony, Germany. It is the capital of the Free State of Saxony and has a population of nearly 500,000 people. The Dresden Frauenkirche is the largest church in the country.

Saxony has a lot to offer this winter season. From the largest Christmas market in Germany, to its many castles and museums. If you are looking for a place with lots of charm and good weather, make sure your destination is Saxony!

The Christmas-themed European vacation has grown in popularity in recent years, but not all of Europe is created equal when it comes to holiday pleasure.

This area is rich in traditions, many of which have become internationally treasured, as well as evocative Christmas markets, making it the ideal location for a “vacation before the holiday.”

Whether you’re getting an early start on arranging a 2022 holiday vacation for yourself or a client, or just can’t get enough Christmas material in your life, this talk with Wolfgang Gärtner, Head of International Marketing, Saxony Tourism, is likely to be informative.

(SH) Scott Hartbeck: Could you give us a short description of where in Germany Saxony is situated, the best route to travel there from the United States, and what the key cities, towns, and landmarks are for people who aren’t acquainted with it?

Wolfgang Gärtner (WG): Saxony is one of Germany’s 16 states, with a 1,100-year history, the majority of which was controlled by a single family for 829 of those years. It borders Poland and the Czech Republic, as well as Bavaria, in the southeast. The capital is Dresden, and the biggest city is Leipzig. Both cities have international airports with direct flights to Frankfurt and Munich. Prague is even closer than the new Berlin Airport, which is less than two hours away. Saxony is Germany’s most popular cultural destination, owing to the fact that it was Germany’s richest and most densely inhabited region until World War II. As a result, one may find great architecture, some of the world’s finest art collections, and a musical tradition that is only surpassed by Vienna’s. There are, nevertheless, intriguing traditions and crafts, as well as well-known luxury items such as Meissen, Europe’s oldest porcelain, and Glashütte timepieces. 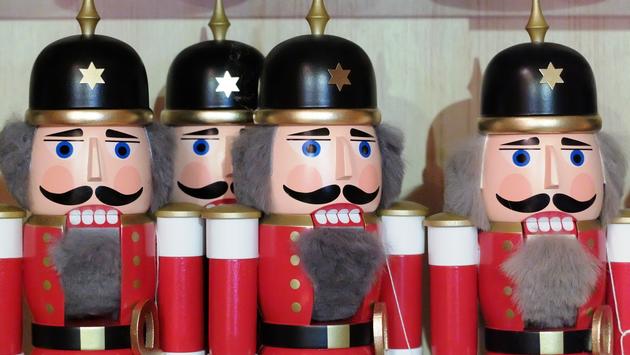 In the Ore Mountains, nutcrackers are created. (Photo courtesy of Saxony Tourism.)

SH: The major reason I wanted to speak with you at this time of year is because I’ve visited Saxony twice during the Christmas season, and I have to say that the Christmas spirit appears to be greater there than nearly anyplace else in Europe. So, what’s the deal with Saxony’s Christmas cheer?

WG: The majority of the traditions associated with German Christmas come from Saxony. The Moravian Stars were developed and are still manufactured in Herrnhut, where the Moravian Church was formed, the oldest recipe for mulled wine as we know it today dates back to a Saxon lord, and all the decorations like as the nutcracker and the smoker… 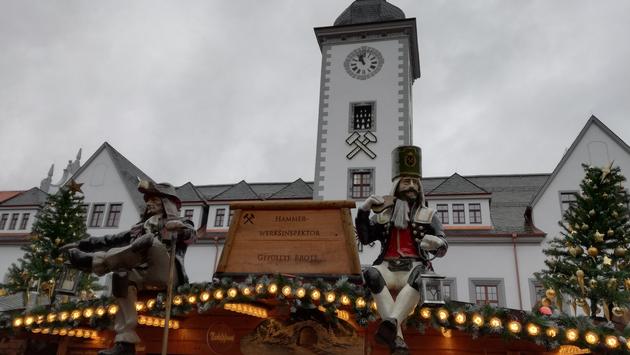 At the Freiberg Christmas market, there are decorations featuring miners (Photo by Scott Hartbeck)

SH: Many of the wooden toys, smokers, candle arches, and “pyramids” that have become iconic with Christmas across the globe are said to have originated in the Ore Mountains of Saxony. Is this correct? What more should Christmas enthusiasts know about these customs and the region?

WG: In 2019, the Ore Mountains were designated as a UNESCO World Heritage Site because mining has affected the environment, architecture, people, and customs of the region in a unique manner for over 800 years. The traditions of the miners are still very much alive. Because they had to labor in the dark for the most of the time, the miners saw Christmas as a celebration of light. And, when mining became unprofitable, people supplemented their income by making wooden artifacts, initially for practical purposes, then for toys like Noah’s Ark, and last for Christmas decorations, all of which were related to mining.

SH: Is it reasonable to say that the Christmas markets of Saxony provide the finest chance in Germany to purchase for the above-mentioned sorts of gifts?

WG: Yes, since there are usually a huge number of such booths offering different manufacturers’ items. 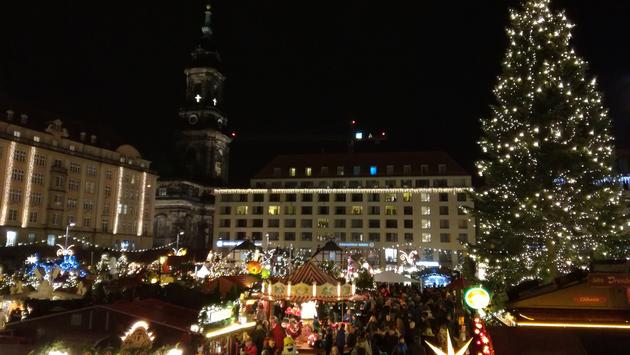 SH: What should tourists know about the Striezelmarkt in Dresden, Saxony’s most renowned Christmas market?

WG: It is the oldest in Germany, having been named after the “stollen’s” forerunner, a dry and dull cake known as “striezel.” It’s important to remember that the days leading up to Christmas was also lent. However, 550 years ago, the Pope accepted the Dresdeners’ demand to add butter to it, and the “stollen” was born as a result of going overboard with butter, sugar, almonds, raisins, and other ingredients. The “Stollenfest” takes place on the Striezelmarkt, when a massive “stollen” is prepared and subsequently sold for philanthropic reasons. The Striezelmarkt takes place in the Altmarkt, or Old Market Square, from the end of November through Christmas Eve.

SH: But that isn’t Dresden’s only market, is it? Personally, I like the Neumarkt market’s old ambiance, which was complemented by the beautiful Frauenkirche Church. What other Dresden Christmas markets should you go to?

WG: Around 1900, the one at the Neumarkt or New Market Square around the Frauenkirche or Church of Our Lady was designed to resemble a market. Further back in antiquity, the medieval Christmas market in the Royal Palace’s stableyard is also quite popular. Then there are a few smaller markets to consider. 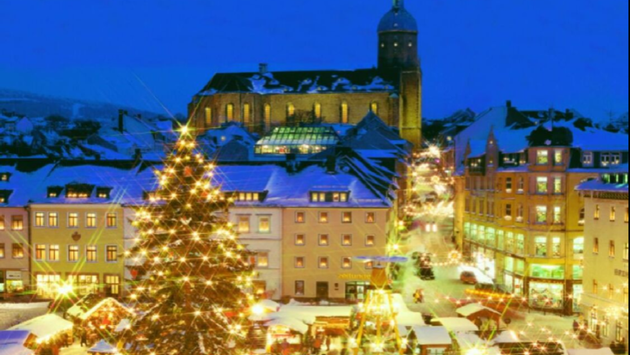 In the Ore Mountains, there is a Christmas market. (Photo courtesy of Saxony Tourism)

SH: How would you put up a five-day plan for someone who wanted to see the finest of the Saxon Christmas markets?

WG: One day for the Dresden markets, one day in the Ore Mountains in – say – medieval Freiberg for the traditional Miners’ Parade, one day at the Leipzig Christmas market, one day in Görlitz, where the market has a Silesian feel because Görlitz was once part of Silesia, a former part of Germany that is now in Poland. And maybe one day for a market in a modest yet intriguing site, such as Königstein Fortress in the Saxon Switzerland National Park.

If you can’t make there during the Christmas season, visit Seiffen, the perpetual Christmas hamlet where the nutcracker and smoker were developed, Herrnhut’s Moravian Stars manufactory, Pulsnitz’s museum and demonstration workshop, or Straco’s indoor Christmas paradise near Freiberg.

SH: Let’s imagine I wanted to take a day off from the Christmas markets on that vacation; what interesting activities could I do that would still put me in the holiday spirit?

GW: There are a lot of things that spring to mind, but why not try a guest bobsleigh ride on the World Cup course in Altenberg? It’s a little scary, but it’s a lot of fun! 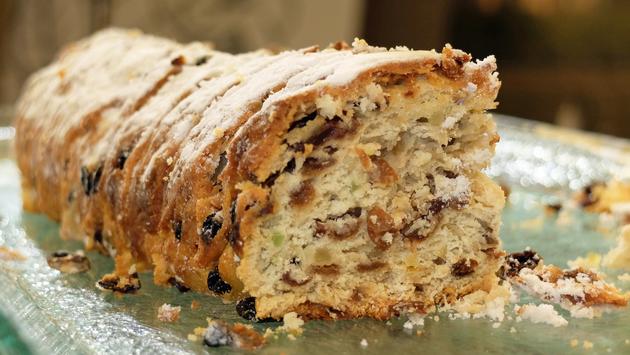 SH: Aside from crafts and Christmas presents, the highlight of any excursion to a Christmas market is the food and drink. What are some of the native dishes that a visitor to a Saxon Christmas market should search for? Is there a particular drink or beer that is a local favorite?

GW: The “stollen” has previously been noted, and despite the fact that the ingredients in Dresden are tightly monitored, they all taste different. Pulsnitz gingerbread, Wackerbarth Castle Saxon State Winery white mulled wine, and a “Neinerlaa” or Nine Things, a traditional Christmas feast from the Ore Mountains, where each component represents a good wish for the next year.

SH: What is one German term that someone should learn before visiting Saxony for Christmas?

GW: When you drink wine, you say “Zum Wohl,” not “Prost,” which is reserved for other beverages. If you’re planning a trip to the Ore Mountains, be sure to say “Glück auf,” which is the customary miners’ greeting in this area, wishing each other a safe return to the surface.

SH: Finally, I’d be remiss if I didn’t inquire what the current admission restrictions for Americans to Germany? Are there any current restrictions that tourists should be aware of while visiting Christmas markets?

WG: Unfortunately, due to the COVID issue, various events, including as the Stollenfest and parts of the Miners’ Parades, have been canceled this year. In addition, one must be immunized against COVID or have recovered from the disease. Before entering the nation, one must also fill out a form. However, since regulations change often these days, please double-check with the authorities. Otherwise, have fun!

Check out our interactive guide for the most up-to-date information about travel throughout the world:

Subscribe to the daily email for the most up-to-date travel news, information, and offers.

The “dresden population” is the highest in Europe, with a population of 1.3 million people. The city has been known for its Saxon architecture and the Frauenkirche church.